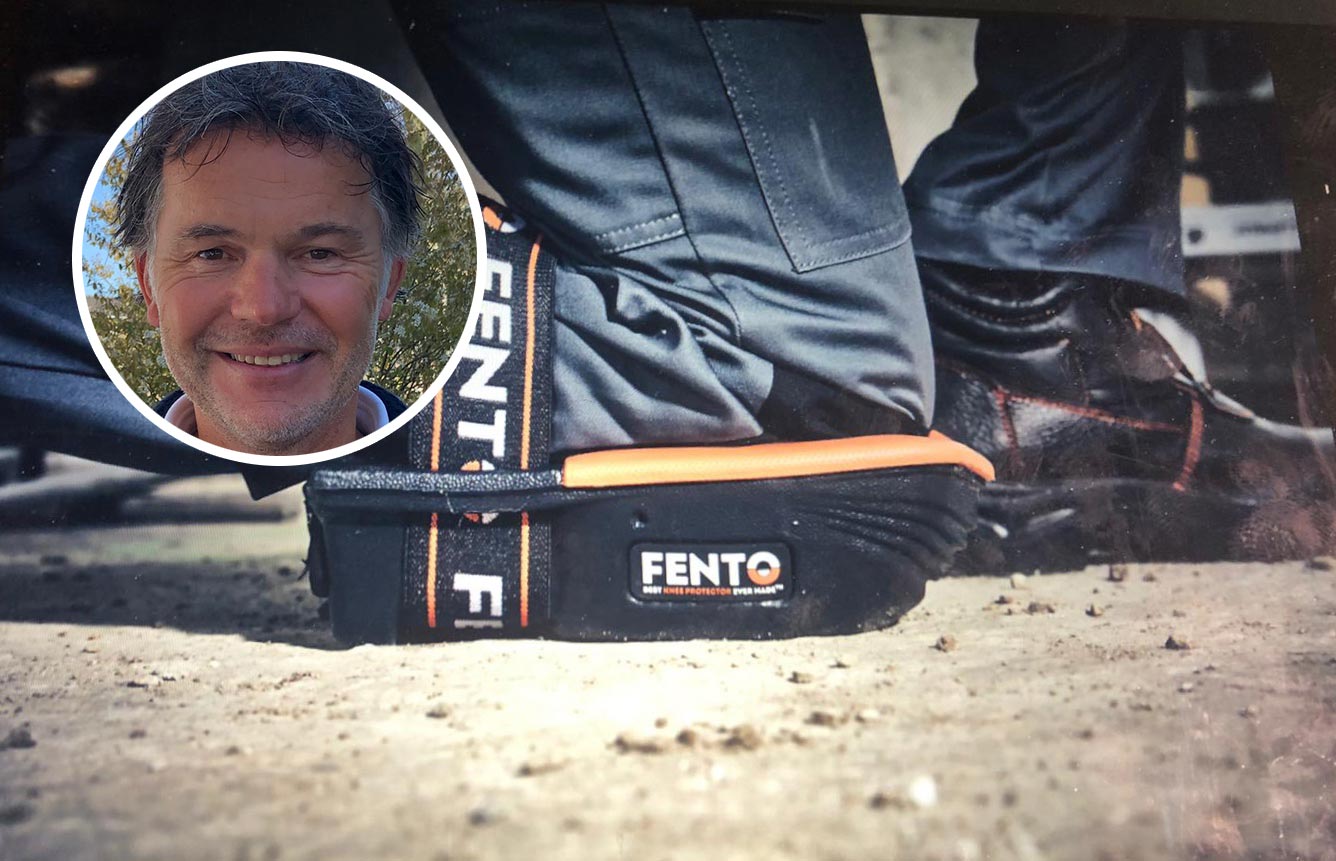 Loosdrecht – He was recently named the second most innovative entrepreneur in the province of North Holland, the Netherlands. Physiotherapist Geert Kaal (40) from Loosdrecht was distinguished for his invention FENTO Knee Protection, a knee protector that allows road builders to work more comfortably.

Loosdrecht – He was recently named the second most innovative entrepreneur in the province of North Holland, the Netherlands.

Physiotherapist Geert Kaal (40) from Loosdrecht was distinguished for his invention FENTO Knee Protection, a knee protector that allows road builders to work more comfortably.Out of three hundred nominated candidates, Kaal came in second of the ten finalists at the Kansenkanon, a regional initiative of the province of North Holland and Syntens, an innovation consulting firm for entrepreneurs.

He was only two votes short of the winner of the Golden. Is he an inventor? “Well, yes, you could call it that.”. The knee protector is not his first brainchild. Ten years ago, he already developed Boat Sitcomfort, an ergonomic boat cushion. Kaal (who is also known for his plans to open a golf course in Loosdrecht) shows the cushion that supports the back through a combination of concave and convex parts.

Every year, several thousand cushions are sold in the domestic and foreign markets. The distribution is handled by Plastimo, allowing Kaal (who still works as a “regular” physiotherapist two days a week) to focus on innovation and production. One of his patients was the source of inspiration for his latest invention: sailmaker René van Rijn from Kortenhoef. “He came to me with a swollen knee.

I treated him, but a few months later he came back with the same problem. He then referred to my boat cushion and asked whether I could perhaps make something for him.” Kaal made a bolster for Van Rijn, and then proceeded to create various prototypes. This finally resulted in the FENTO Knee Protection. “The target group for knee protectors is actually quite large. Not only road builders, but also parquet layers, sailmakers, and welders may benefit from good knee protectors.”

Knee protectors as such were already in existence, of course. “But with this product, you no longer rest on your knee only, but also on part of your lower leg.” He claims that the knee protectors may prevent ailments such as bursitis, arthrosis, and ultimately even back problems. The product is the property of Kaal and Van Rijn, and is distributed in Europe through Berdal. A pair of knee protectors costs 89 euros. A cheaper model is in the works, but it will be somewhat shorter and therefore less suitable for people who work in a kneeling position frequently and for extended periods of time. For more information, see www.fentokneeprotection.com.

Become a part of our community!
Registration complete. Please check your email.
Lost your password?